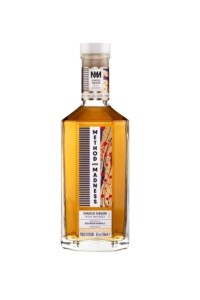 Emerging and established Irish whiskey producers and bars were honoured last Thursday evening at the 2019 Irish Whiskey Awards which took place at the Dingle Distillery in Co.Kerry. The evening commenced with a tour of the distillery and drinks reception hosted by the Dingle Distillery co-founders and team.

Keynote speaker, Colum Egan, Master Distiller for Bushmills Distillery presented the awards, which are now in their seventh year and span over 20 categories.

It proved to be a great year for the whiskey brands from the ABC IDL portfolio, IDL/Pernod Ricard’s premium division. Three top awards were won by the team’s brands.

Shane Davey, director of ABC IDL, says, “We are delighted to have one these awards, they are a testament to all the hard work of the masters in Midleton. Our company’s goal is to be the maker of the worlds best whiskies, and these awards show us we are on the right track. “
Denise Maguire2019-10-22T08:22:39+00:00